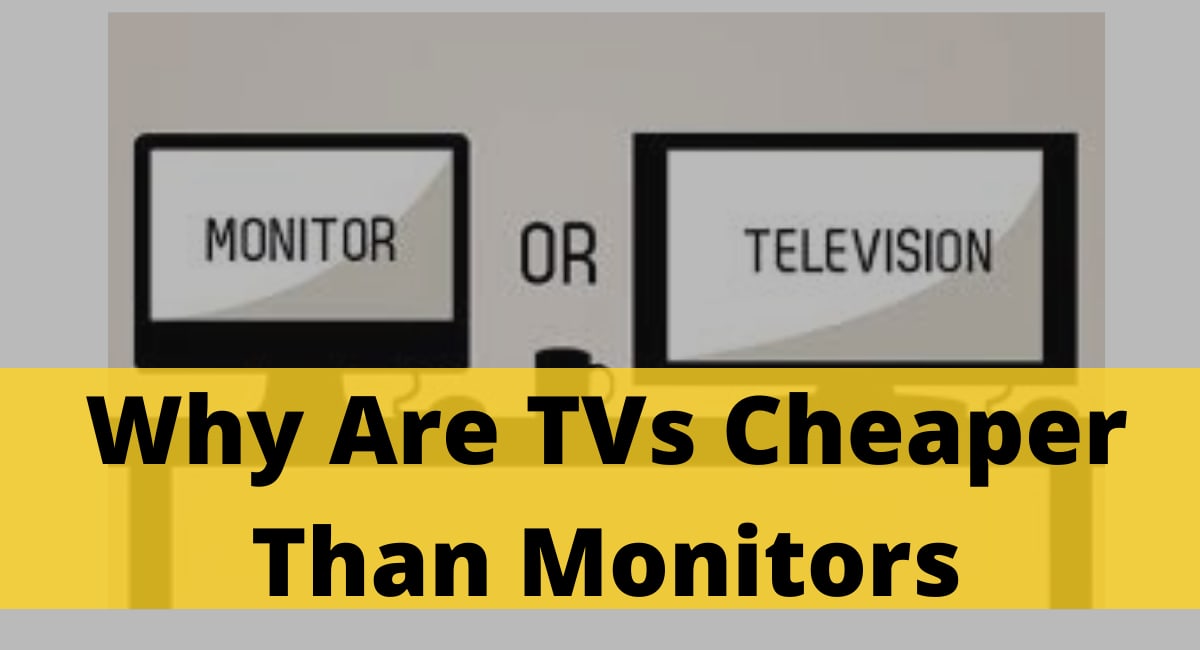 There are a lot of factors that influence the price, and the parts are likely the most expensive. For a viewer sitting at a distance, TV manufacturers can probably have spent less money to achieve the same image result.

Monitors are costlier to manufacture. This is due to the fact that they must respond to commands repetitively and have a longer lag time.

They also need to cram more pixels per inch into a smaller screen even though users are sitting pretty close to it.

The rest of this article will help you decide if you can use a television as a computer screen and, based on your preferences, whether a television is better than a monitor.

Why Are TVs Cheaper Than Monitors?

Companies manufacture very few monitors than they do televisions, which means they need a way to recoup their costs, which leads me to believe that because they appear to be selling in smaller quantities, they can increase prices.

Monitors don’t sell as well as TVs, so there’s less competition, which allows stores to hike prices for them.

You’ll discover that monitors are much more expensive than TVs for screens with the same pixel capacity. These two have a lot in common, but they also have a lot of differences.

Both are designed for different purposes, which explains why their prices are so disparate. Let’s take a closer look:

Gaming monitors are more expensive because of their fast speed and high refresh rates.

Gaming monitors have much work to do, like the graphics changes quickly.

The fact that these gaming monitors display a very wide picture is also one of the reasons for their high price.

Another important consideration is the display’s response time.

Monitors also have a faster response time than televisions which could be a reason that monitors are costlier. 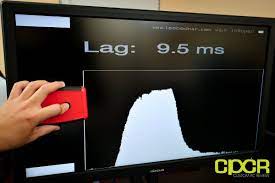 Televisions use a lot of filters to improve image quality, such as noise control, but this requires time, which results in input lag.

When playing console games on a monitor rather than a TV, the input lag is reduced.

Within minutes, hundreds of inputs, such as player angle changes, player movement, and other actions, are given in games.

As a result, when compared to television, Computer monitors have a fairly short input lag time.

Monitor manufacturers are afflicted by this disparity, which forces them to invest more in production.

Most televisions offer a warranty that lasts from six months to two years. PC screens, on the other hand, are covered by various types of warranty.

If something is damaged, you may be eligible for a 5-year warranty. Leaving the warranty behind, on the other hand, is a money saver on the initial costs.

A guarantee is a positive thing to have when buying a product. You won’t usually have this option with a monitor because the warranty is usually included.

The frequency also has a significant impact on the price. The frequency on computer displays fluctuates around 50 and 200 Hz.

They have good contrast ratios and provide better and brighter colors. Most televisions, according to experts, have a frequency of 60 to 75 Hz.

1. Why Do OLED Monitors Cost More Than TVs?

According to what I’ve read, OLED is more expensive than LED/LCD displays and TVs because manufacturing screens yield bolder and sharper displays, so customers will pay more for a quality product and pay for the R&D of newer technology.

2. What Is  The Reason For The High Cost Of Reference Monitors?

The reference monitor could be managed to sell for such a steep cost because there is no industry competition, and it is sold to large companies such as Pixar who recognize its value.

3. Why Is A Monitor Preferable To A Television?

They’re more responsive, and you can play competitive console games with them. TVs are typically larger and more affordable, making them better suited to gaming in large spaces.

Monitors are more expensive than TVs because they have a faster refresh rate and response time, and higher resolution costs more. All of these factors influence the price and manufacturing process.

In short, despite the fact that PC monitors are relatively small than most televisions, they will provide you with a better picture, more graphics, and a better viewing angle.

TVs, on the other hand, typically do not have such high responsiveness, making them easier and less expensive.

I hope you now understand why monitors are costlier than televisions after reading this article.