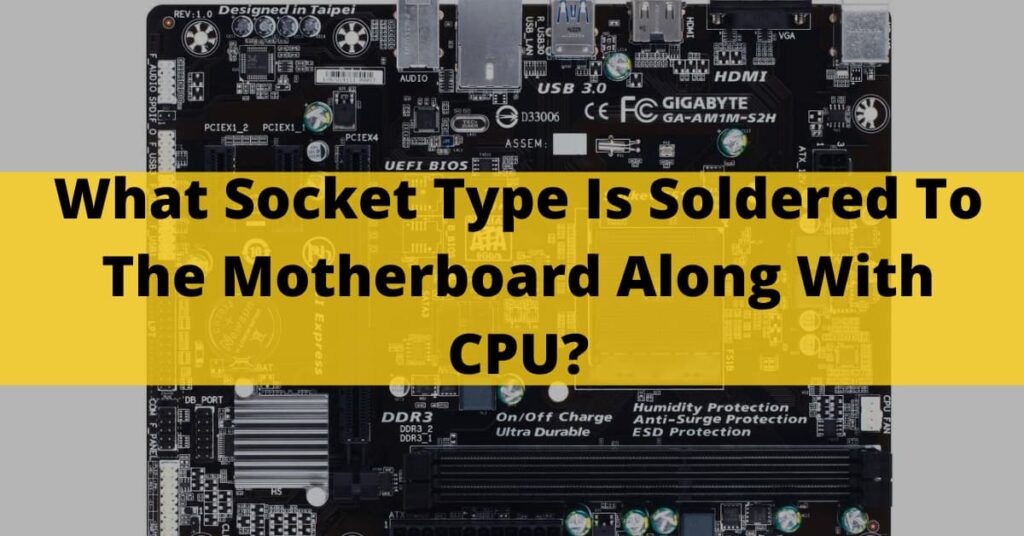 Even the boss of everything in your computer, the processor, has a house which is called the socket. The CPU socket is rarely talked about because it practically does very little to affect performance.

Why The Talk Of CPU Sockets Then?

For those of you who are looking to upgrade their CPUs, you need to know what socket type lies on your motherboard. Your board socket type is going to determine what CPU you can use. 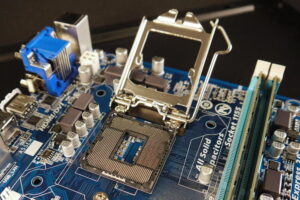 Let’s get an in-depth look into what CPU sockets are and why they are important. 😃

Think of a light bulb holder. The holder makes the bulb functionable by connecting it to an electrical network. The CPU and its socket work in the exact same manner.

The CPU socket makes the processor part of the motherboard’s electrical network, thus allowing power and offering a way for the CPU to communicate with the rest of the computer.

Modern computers place the CPU socket on the motherboard. In the old times, there were other CPU socket configurations, including slot-mounted processors that you would plug in like a modern PCI card.

Today, however, you place your CPU into the socket, on the motherboard, and secure it using a latch of some type.

Why do Different Types of CPU Sockets Still Exist?

Moreover, there are two major x86 processor rivals, AMD and Intel. AMD and Intel CPUs have separate processor architectures, and compatibility between the two is next to impossible.

Over the years, we have known many different types of CPU sockets. However, today, only three are relevant: LGA, PGA, and BGA.

LGA and PGA are literal opposites of one another, in terms of structure. “Land grid array” (LGA) consists of a socket with pins that you place the processor on. PGA (“pin grid array”), on the other hand, places the pins on the processor, which you then insert into a socket which contains holes in it.

These days, Intel CPUs make use of LGA sockets, while AMD CPUs use PGA. Some exceptions include the AMD Threadripper using Socket TR4 (short for Threadripper 4), which is an LGA socket.

TR4 is only AMD’s second LGA socket. Some years back, Intel CPUs like the Pentium, Pentium 2, and Pentium 3 used PGA sockets.

The BGA socket, which stands for “ball grid array”, permanently attaches the processor to the motherboard during production, making upgrades impossible. A BGA socket and motherboard can potentially cost less, but as mentioned above, upgrades are impossible.

BGA may not even be considered a socket in technical terms because it is a permanent motherboard feature. BGA sockets are still worth mentioning since it serves the same function.

Over the years, with the rise in system-on-a-chip (SoC) hardware, Intel has increased its BGA socket use. Similarly, ARM, Broadcom, Qualcomm, Nvidia, and other SoC manufacturers all rely heavily on BGA these days.

Do you think a processor using a particular socket type will fit into any motherboard that has that very socket? The answer to that question is a big fat NO! 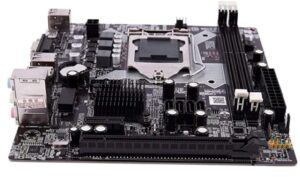 Socket types like LGA are not specific models, rather categories. There are many socket variations built on the basic specification.

Intel gives its LGA sockets a name based upon the number of pins. LGA1155, for example, has 1,155 individual socket pins. A processor built for that specific socket type will work only with that socket.

Sometimes the numbers are incredibly intricate, like LGA1155 and LGA1156, but you cannot force one into the opposing socket. A single Intel socket variation can cover multiple CPU generations.

AMD rivals intel with a different twist. It labels its sockets with broad names, like AM3 or FM1. Compatibility is still strictly enforced, though AMD occasionally upgrades a socket while retaining compatibility. You can spot an upgraded AMD socket with the “+” symbol, such as AM2+ and AM3+.

Sockets offer so much more to users than just powerful processors to meet their daily tech needs. They allow for easy upgradation or service. 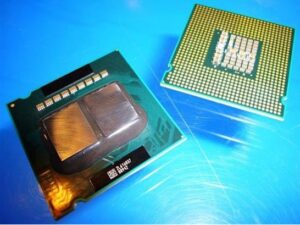 What that means is that both home and business can build a system to whatever specification they desire, knowing that when they have more in their wallet, they can go and make an upgrade.

The rise of mobile devices has brought forth a plethora of questions. Many people think that PCs are close to extinction, but I personally feel that it is far from the case.

The extinction of sockets may very well be a possibility in the distant future, but for now, considering their demise is a little premature.

I mean take a glance at how Intel and AMD are developing smaller, faster CPU manufacturing processes. Moreover, look at the effort going into upgrading existing sockets or producing new socket variations.

It all kind of makes sense as well. Even though there are more potent mobile devices now than there ever were, IT experts will always look to a motherboard with a socket which allows for easy upgrading as opposed to changing their entire system.

Best Gaming Motherboards For I7 8700k