System thread exception not handled error could occur at any time during Windows startup or while performing any other task, but it usually happens at boot time for most users.

This error is commonly seen during bootup and can cause your computer to get stuck in a reboot loop, rendering it unusable.

Inconsistent drivers, system inconsistencies, memory conflicts, and IRQ conflicts are the most common causes of this stop code.

We’ll look at what this error means, when it appears, and why it occurs in this article; we’ve listed several solutions for users who experience BSOD during startup or when it occurs unexpectedly.

Reasons For The Error

This error occurs when incompatible drivers (most commonly graphic drivers) are installed on the computer, either outdated, corrupted, or simply incorrect.

Malware can manipulate graphic drivers, and they can also be installed incorrectly, which is why you might get the “system thread exception not handled” error on Windows 10.

Sometimes issues appear out of nowhere; one day, your device is fine, the next day and it refuses to start.

The most common cause of these unexpected problems is Windows updates or automatic driver updates. They will automatically Install New Drivers, loaded after a reboot.

Fixes For The Error

The error could even be caused by a faulty driver. A faulty driver can result in a slew of issues with your computer. 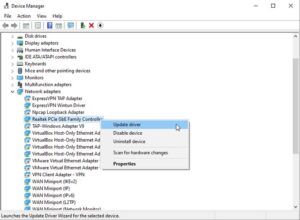 The network driver that may be causing the BSOD can be displayed by the associated driver.

You must complete the following task to determine which one is defective.

2. The Faulty File Should Be Renamed

Users should rename the file associated with the system thread exception, not handle errors after retrieving the file name. 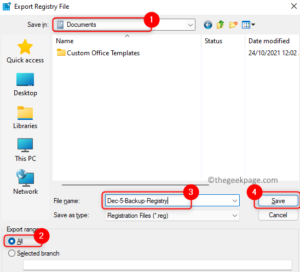 This will cause Windows to make a new copy of the file and reinstall it. C: Windows System32 drivers contain driver files.

You could try uninstalling the driver completely and letting Device Manager replace it with the fallback sound card driver if updating the driver does not resolve the issue. Click Start and type Run into the search box. When you choose Run, a Run dialog box appears. 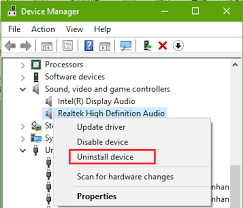 All you have done is to type “devmgmt. msc” and hit the OK button in the run box. This is how you get the Device Manager window to open. Expand the category “Sound, video, and game controllers” in Device Manager.

Right-click on anything related to 2.0 DAC Device Driver and C-Media USB Audio Class 1.0 in this category. There will be a context menu that appears. Then choose Uninstall device from the drop-down menu.

It’s possible that you’ll be asked to confirm the uninstall. Click the OK button after checking the box next to, Delete the driver software for this device.

For the alteration to take effect, restart your computer. Windows will try to reinstall the driver and replace it with the manufacturer’s driver after restarting.

If Windows doesn’t automatically start replacing the sound card driver, go back to Device Manager, select Action, and then Scan for Hardware Changes.

How do I enter Safe Mode from the BIOS?

You may be able to start Windows 10 in Safe Mode by pressing the F8 or Shift-F8 keyboard shortcut during the boot process if your Windows computer has a legacy BIOS and a spinning-platter hard drive.

Is it possible for RAM to cause a system thread exception that isn’t handled?

Memory corruption can sometimes cause the system thread exception not handled error. To resolve this issue, boot into Windows or Safe Mode and check the RAM.

What exactly does “system thread exception not handled” mean?

It’s a Blue Screen of Death (BSOD) error when process threads running critical Windows services fail. A driver malfunction is the most common cause of this error.

We’ve listed some potential solutions to the “System Thread Exception Not Handled” issue. If you can’t start Windows 10 in safe mode, use a Windows 10 installation medium to start the recovery mode; follow the steps one by one. We hope that one of these solutions will resolve your computer’s problem.