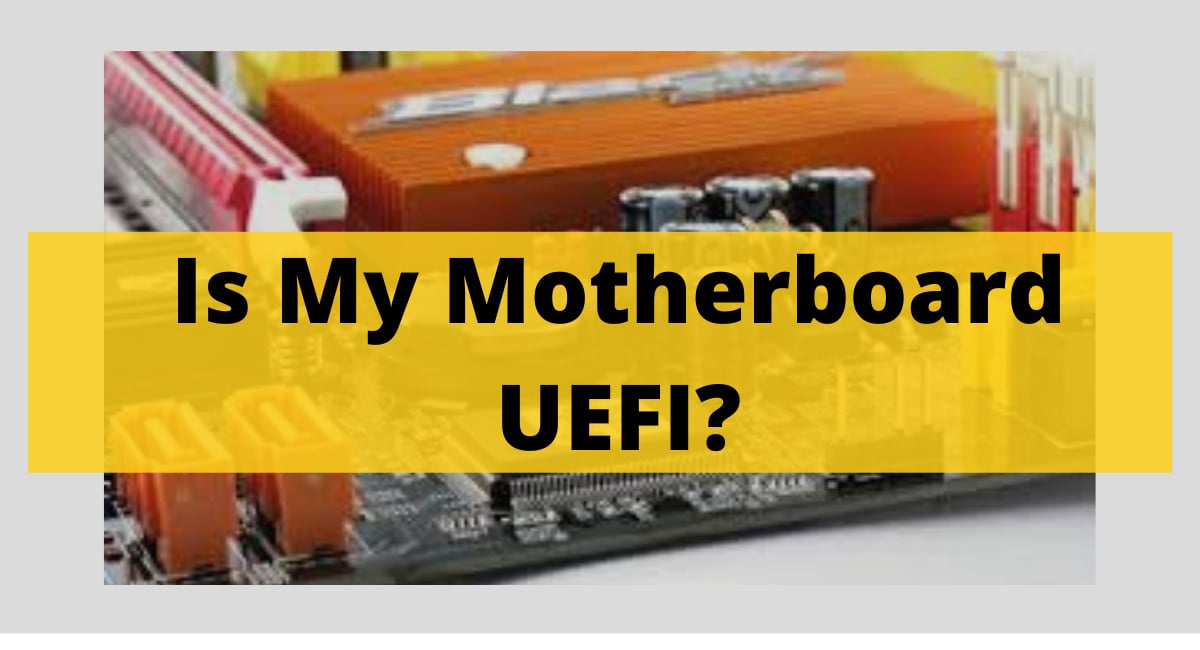 There are several methods for determining whether or not your motherboard supports UEFI.

To do so, you must first lookup the model name and producer of your motherboard on the internet. All you have to do is to open Run and type the MSINFO32 command.

System Information will appear after you’ve done this. You can tell whether your system is BIOS or UEFI by looking at the System Summary section.

The UEFI Specification establishes a new interface between OS’s and platform firmware for personal computers.

It performs the same functions as a BIOS, with one major exception. Instead of storing data about initializing and startup on the firmware, it stores it in an. efi file.

Although UEFI is anticipated to eventually replace the basic input/output system (BIOS), it is Backward Compatible. 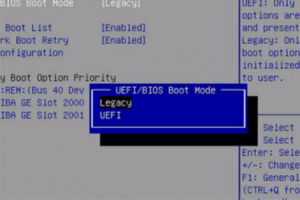 It is the first program that runs when a computer boots up and is implemented at the manufacturing stage.

The interface is made up of data tables platform-specific information, as well as boot and recompilation service, calls that the OS and loader can use.

These components work together to create a classic setting for booting an OS and running pre-boot programs. The letters U-E-F-I are commonly used to pronounce the specification.

UEFI, which settles between both the device’s startup firmware and the operating system. Moreover, it can perform encryption, diagnostics, authentication, and malware detection.

Although UEFI is supported by the vast majority of Windows, Linux, and Mac machines, not all of its features may be available in all versions.

In the mid-2000s, PCs began to ship with UEFI, and Microsoft followed suit with 64-bit Windows versions Vista and Server 2008.

The primary benefit of UEFI is that it facilitates a different operating system even without a bootloader. In addition, there is no specific hardware dependency.

The UEFI also has a more user-friendly interface, making system adjustments easier. Moreover, it enables Computers to use a CPU from a different manufacturer. 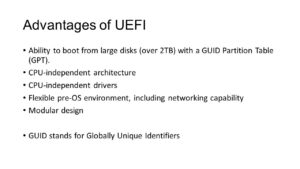 It can automatically assign and load the operating system from the appropriate partition, resulting in faster boot times.

You can also use the interface to run a restricted internet browser without starting an entire OS. The benefits of UEFO further includes the following:

How Do I Know If My Motherboard Supports UEFI From BIOS 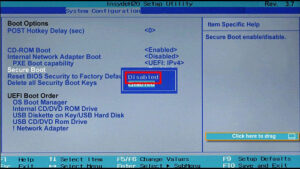 The command prompt is the simplest option to check if your motherboard supports UEFI. Open the program by typing cmd into the Windows taskbar’s search bar.

Then, without the quotation marks, type “bcdedit” and press enter. A list of Windows Boot Loaders will appear in the results.

Look for the word “path” in the list, and you should see a path extension like/Windows/System32/win load next to it.

There will be an a.exe file for BIOS and a .efi file for UEFI. This will reveal which Bios mode your computer is currently in.

Another quick way to see if your motherboard supports UEFI is to run a Windows scan. here’s how to do it:

Although Intel and AMD Ryzen boards support UEFI, the switchover from BIOS to UEFI is still incomplete, and UEFI motherboards typically include Legacy BIOS support.

You could configure it and allow UEFI in the BIOS if your motherboard has UEFI support through an upgrade, which is always the case for motherboards older than three years.

How To Change Legacy To UEFI

The procedure for enabling UEFI mode varies by computer.   When the computer starts, you usually click a specific key repeatedly to access the EFI Setup menu.

For desktops, it’s usually Del, and for laptops, it’s F2. If you’re unsure of what key to press, press Esc. It will show you the entire menu, from which you can choose BIOS Setup.

UEFI has a wide range of capabilities. Given that UEFI is used by the majority of modern systems, it’s only intuitive to want to generate Legacy BIOS to UEFI. We strongly advise you to make a backup of the data.

You can create a complete image as well as restore the full installation as before you started this procedure if you have a second disc drive with more than enough available capacity.

On a USB drive, take a backup of your retrieval partition. This bootable retrieval USB can be used instead of the system restore disc in the steps above once it’s been created.

Finally, if your OS is compatible, it is suggested that you switch from Legacy to UEFI boot mode.

Use drives that have been preformatted with GPT format file for UEFI mode or the MBR file type for BIOS mode if you want to confirm that one’s drive boots into a specific model.

If the PC is booting up into the incorrect mode before the installation begins, Windows will fail. To correct this, restart the computer in the proper firmware mode.

If you have an older motherboard, the easiest way to find out if it supports UEFI is to visit the manufacturer’s website. Look for a BIOS update that enables UEFI mode.

For new models, the simplest way is to check is via System Information, but users can also use Command Prompt to run a quick command or go to the manufacturer’s website.